The hunt was great this year. Dad and Uncle John came up and my Houston folks came as well. My hat is off to Julie for braving the less than comfortable conditions in my far from finished house. We easily shot our limit the 1st 2 days and shot 6 on Saturday. It would not have been a problem getting a limit that day either if we weren't so cold and tired.

My good friend Harold Kuhn died Saturday from West Nile. His funeral is tomorrow and Selina asked John to sing in it. She said Harlod always liked his singing. We will miss him.

Patrick and rachel are both playing Baskeball this year which fills up 3 or 4 nights a week. I'm real proud of both of them. Everyones grades are good right now - hope they stay up...

I got it hooked up and it works great! Take a look by going to my links page at www.haralson.net... The instruments are wireless and in the field south of the house so the trees don't interfere. The base unit is in the kitchen and connected to my computer. Updates the website every 20 minutes. I know - I need to get a life.

Football has been a lot of fun this year. Matthew and Patrick lined up together on the kick-off last game. Matt made 2 good tackles pretty deep and Patty made 2 or 3 himself. Games and results are on the Football link along with some newspaper articles. I'll get the other articles scanned and uploaded soon. We play our last regular game on Friday against Beaver - then on to the play-offs.

Rachel & McKenna spent the night on Halloween. They wanted to "sleep in a haunted house and watch scarry movies". My ghost didn't show up (as far as I know), butthey fell asleep during the movie so it must not have been too scarry.

The house is coming along nicely. I am in now and am getting the kitchen re-done. Should be finished in about a week. Got an estimate on my porch windows/screens yesterday. They should be in before the weather gets too bad (I hope).

John is doing good in school and working 2 jobs (Applebys and JC Pennys). He's talking about taking next semester off to save money so call him and talk him out of it if you get a chance. It is sure hard to go back when you lay out like that! 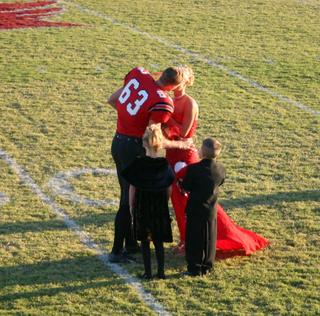 OK - this isn't just "Patrick News", you other kids start doing something... Patty was paired with Stephanie Hamrick on Friday for Homecoming and she won homecoming queen... Doesn't that make him the homecoming king? After the ceremony, he dominated the defense with at least 6 solo tackles and many more assists. I couldn't count them all but his name dominated the PA system. The first play on defense he sacked their QB with an huge blow, knocking the guy 5 yards through the air. He made several great blocks on offense too. It was an exciting game that Turpin finally won 16 to 12.
Posted by Haralson Family News at 10/10/2005 04:09:00 PM No comments: 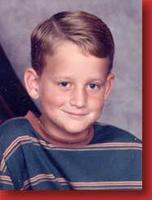 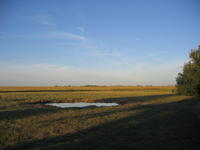 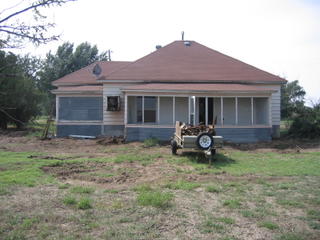